What are Retained Reflexes? How do they affect you?

The Impact of Retained Reflexes

The persistence of fetal and primitive reflexes beyond the first year of life can have a profound effect on our ability to function in the world. This affects our physical and emotional balance and maturity, motor and processing skills, ocular and aural functioning and perceptual and language skills, leading to learning difficulties and labels such as dyspraxia, dyslexia and ADHD.

RRS can also have a severe psychological impact. Many of us learn to compensate for the internal battle we are waging, building up a stiff, protective armour against the emotional slings and arrows. But we tend to feel out of kilter with the rest of the world, uncomfortable in our skin, as if we don’t know how we should feel and act, resulting in poor self-esteem and under-achievement.

Try stroking a young baby down its lower back, a few inches to the left or right of the spine, and watch him jerk towards the same side. This Spinal Galant Reflex is vital to help the baby wriggle down the birth canal. Once he has emerged, he has no further use for it. If it fails to inhibit however, the problems start.

Tom, aged 8, has a classic case of ‘ants in the pants’. Waistbands and labels in garments make him squirm. Trying to sit up straight is almost physically impossible, because his Spinal Galant Reflex is constantly being stimulated by the back of his chair or clothing. His concentration and short-term memory are affected too, as he struggles with the constant distraction of his tickly back and his apparent inability to stop himself wriggling and fidgeting.

Believing he must be able to control his impulses, teachers and parents berate him and repeatedly tell him to “Sit still!” and “Concentrate!”, which only makes him feel anxious and bad about himself. He is trying, he feels, and yet everybody keeps telling him off! Tom gives up the struggle. If they’re going to label him ADHD, under-achiever, problem child, there’s no point in trying to be good.

More humiliating still, Tom is a bedwetter. When the Spinal Galant is still present, simultaneous stimulation of both sides of the back can cause the child to urinate. When Tom rolls over in bed while asleep, he can’t compensate with extra bladder control as he has learned to during the day. 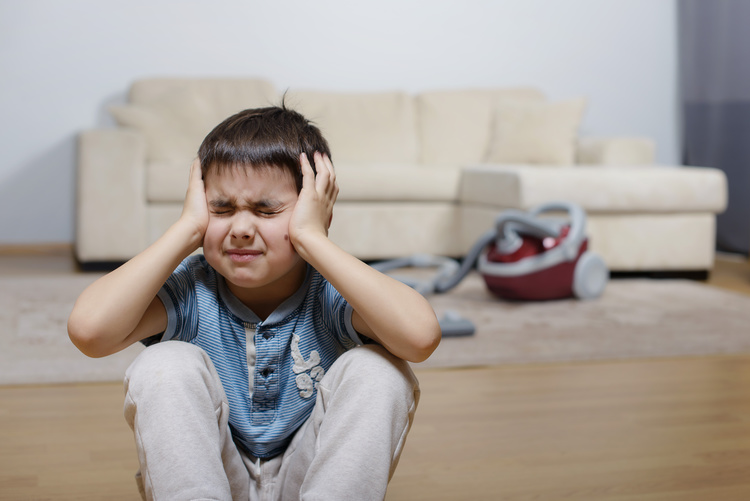 Surprised by a sound, a baby will instantly spread his hands wide, throw his head back with alert wide eyes and a sharp intake of breath. The Moro Reflex – a reaction to threat – is triggered by a sudden, unexpected occurrence, such as noise, changes in light, pain or temperature change. The unconscious “fight or flight” reaction has a dramatic effect on the body – a release of adrenaline and cortisol, an increase in the breathing and heart rate, a rise in blood pressure and a reddening of the skin. Although the Moro should inhibit at 2-4 months of life, it often remains and causes havoc in both children and adults.

Harry has a retained Moro. He’s constantly on alert. He used to have terrible toddler tantrums. If a child grabbed his toy, he’d go puce in the face and scream. He learned to cope and not hit out, but now all those children racing around in the playground, the flashes of light and colour, a ball coming towards him, the noise, drive him crazy. His system is constantly over-adrenalised. He often retreats to the computer room at break time. Paradoxically, he can focus on computer games. The hidden horror is that the constantly changing action and lights keep the stress hormones pumping around his young body. The adrenaline becomes a dangerous addiction. Especially at 8 years old.

He returns to the stuffy classroom all hyped up. “Harry, will you look at your book!” scolds his teacher. He’s trying, but he can’t help being distracted. A distant police siren, voices outside, a schoolfriend opening a book, a bird flying past the window, every little thing seems to grab his attention. He simply cannot focus. And the fluorescent tube lights don’t help.

Over-sensitive, over-reactive, flutterbrained, moody – these are the labels the Moro-affected child has to live with. Harry’s body is working overtime and so he burns up blood sugar faster than other children, exacerbating his mood swings and performance levels. His eyes, on alert for danger, are drawn to the periphery of objects, distracting his focus and making it difficult to read. What’s more, his pupils are more dilated than appropriate – useful when a predator enters your widened field of vision, but disastrous in bright lighting. It gives Harry a headache.

Harry’s mother Sarah has lived with her Moro reflex for 40 years. At school, she learned to compensate by burying her impulses and withdrawing. She has never felt comfortable in her skin. Life is a constant struggle. She’s never really known what she wanted to do for a career – she wishes she could be more decisive. Other people just seem to get on with the tasks they set themselves. Sarah can’t seem to focus and follow a clear path towards a goal – every task leads to a dozen other tasks, everything is an emotional hurdle, and she is rapidly overwhelmed. She feels a huge sense of failure and berates herself furiously, and so continues her cycle of low self-esteem and under-achievement. Her anxiety has got worse as she’s got older. She never gets a good night’s sleep – she just can’t turn off her thoughts. What’s more, she has aged – she has bags under her eyes and poor skin tone from constantly overdosing on the powerful chemical that is adrenaline.

Throughout our lives we strive to compensate for any reflexes still present, but this takes a tremendous amount of energy. Under stress we can’t keep up the façade. As we get older, we have less and less energy to continue these automatic compensations, and the reflexes themselves begin to reappear. Instead of life getting easier as we get older and wiser, it seems to become more difficult, with increasing effort required to do familiar tasks and an increasing feeling of disconnection with the people around us.