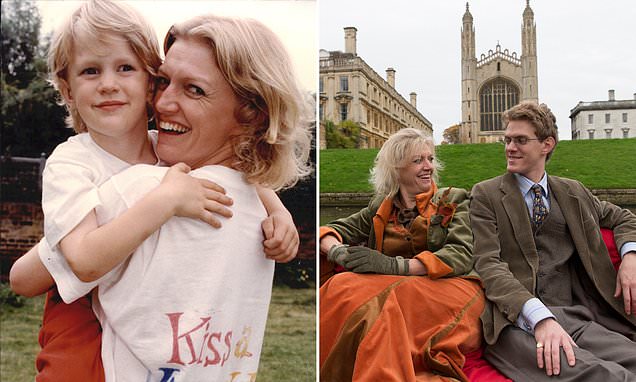 Alex Atkins on Asperger’s Treatment and Rise to Banking Success

At The Child Development Centre, we are extremely proud of our patients, and it’s an honour to be a part of their journey.

One of our patients, Alex Atkins, recently revealed how our Asperger’s Treatment helped him overcome social issues in a radio interview. One of five siblings, Alex’s family knew he was different from an early age. Aged just 3, he was able to explain to his piano teacher how the instrument worked.

But it wasn’t just his extraordinary nature that made Alex different. His academic struggles and strained relationship with teachers made him stand out at school, and not always for a good reason. It wasn’t until he was aged 10 when he came close to suicide, that changes were made.

When Alex was around the age of 12, his mother, novelist Anne Atkins, brought him to the David Mulhall Centre for treatment. In a recent BBC radio interview, Alex put his ability to read people and make social judgements down to David and the team.

When asked about his seemingly surprising ability to read others, Alex replied, “Well I put that down to David Mulhall. So, this is a guy that does a sort of alternative therapy based on reflexes.”

“I had his treatment from age 12 to 14 and then it takes effect when the treatment ends,” he continued. “So, at age 14, I suddenly gained the ability (to read people). It was really obvious at first, but now I’m used to it.”He accredits two of his social skills to David and his treatment.

“There were 2 things. First is, if I say something to someone now, I know how they are taking it, if they believe me or whatever. And the other is if somebody says something to me and the information is not quite all there, I still understand what they mean. So, from aged 14, I was able to start learning social skills.”

Alex’s diagnosis of Asperger’s, which he didn’t formally receive until his early twenties, has not held him back from succeeding in life. After graduating with a 2:1 from Bristol University, Alex went on to work in the IT department of a small start-up tech company. Now, he works for a top investment bank, Goldman Sachs, as a computer programmer. His mother, Anne, strongly disagrees with the assumption that Autism is a ‘disability’. Instead, she labels Alex’s Asperger’s as “his very genius – it’s who he is”.

Alex proves that, with the help of treatment, open-minded individuals and reasonable life adjustments, everyone can live a happy, healthy life.

Talk to an expert about your child

If you, or your child, are struggling with the effects of Asperger’s, ADHD, dyslexia or another developmental disorder, contact the Child Development Centre. Our tried and tested methods have helped countless children like Alex and their families.

Our treatment works particularly well with neuromotor immaturity – a lack of development of the central nervous system, which leads to hypersensitivity, motor impairment and heightened states of arousal (stress response). Developed over the past 25 years, our Unique Neural Stimulation programme gently allows blockages to subside and encourages natural development as it should have occurred.

Want to know more about Alex’s story? Be sure to check out Anne’s new book ‘An Elegant Solution’. Now available to buy, the book’s main character ‘Theo’ is based on her son, and gives a fascinating insight into what it’s like to look through the eyes of someone with Asperger’s.