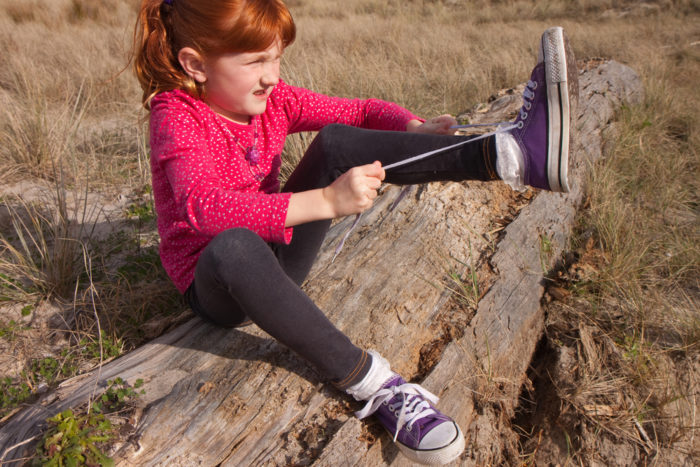 An Introduction to DCD – Symptoms, Diagnosis & Treatment for Children

Also known as Dyspraxia, Developmental Coordination Disorder (DCD) is thought to impact the lives of 1 in 10 people, with around 1 in 50 severely affected. Despite this, most people aren’t aware of the symptoms, meaning a lot of children and adults living with DCD go undiagnosed.

In this post, we take a closer look at DCD, how it affects the lives of those living with the disorder and how it’s diagnosed and treated.

DCD is a neurological disorder that affects both fine and gross motor skills. Essentially, it prevents messages from the brain being transmitted to the body accurately. As a result, it can also impact how people plan and coordinate their movements.

Children with DCD may appear to be performing behind what is expected for their age. Because of this, the disorder can cause anxiety and emotional stress as children become aware of any shortfalls or physical issues.

If DCD is present in children, it is highly possible that other forms of neurological delay are present too. With all this in mind, it’s highly important to recognise the symptoms and get a diagnosis from an expert.

DCD symptoms can begin to manifest as early as a child’s first years. Any delays in significant motor milestones could be a sign of DCD:

As children get older, this will become more apparent in physical activities such as running and catching. Strained gross motor control will continue to affect their timing, balance, spatial awareness, hand-eye coordination and even their ability to determine left and right.

Tasks involving fine motor skills may also be affected including writing, holding utensils and tying shoelaces. Later in life, this could cause difficulty with daily tasks like shaving and unlocking doors.

These difficulties can even extend to speech – namely, verbal dyspraxia. Children may struggle to control speech, produce certain sounds or form sentences. They can also find it difficult to control breathing and suppress salivation when talking or singing.

Needless to say, the constant struggle and strain from day-to-day tasks can cause fatigue and poor posture for DCD sufferers. Unfortunately, these symptoms can often be mistaken for clumsiness or simply slow development, meaning children and adults with DCD don’t get the support they need.

Environmental factors can also help some children overcome certain difficulties and master particular skills. This can lead to parents or teachers ignoring DCD symptoms because they know how well they can perform in other problem areas.

If a child is experiencing physical issues, for instance, such as poor coordination and lack of fluidity of movement, but they are positively encouraged into sport and movement from an early age, the difficulties may not be as prominent. This doesn’t mean that they aren’t contending against the issues. Instead, they have worked hard with positive support to overcome a specific difficulty.

Why diagnosis is crucial

Because the current education system is so heavily based on academic performance, it can be difficult for children with learning difficulties or delays to thrive. This is where a diagnosis will help them, as they will be allocated more time during exams, offered one-on-one support and potentially given tailored classroom activities.

There are a range of factors which make earlier diagnosis favourable, from symptoms being easier to address to minimising the developmental impact and time the child spends unsupported.

What’s also important, however, is getting the right diagnosis. Every case is individual and should have its own outcome, working out what is best for that specific child. It’s important to encourage all children to follow their strengths and passions.

Whether that’s art, cooking or metal works, you don’t want a diagnosis to mean that your child actively avoids certain activities. There could be further complications in adult life when it comes to work and careers, whereby a formal diagnosis may needlessly hinder a job application or career choice.

So, how does DCD diagnosis work?

At The Child Development Centre, we look to ascertain if there are any retained reflexes which could be present and thereby hindering development. We do so in a number of varied tests depending on factors like age. This includes gross and fine motor tests, reactions, sensory analysis and memory tests to name a few.

Using these tests, we can gauge an individual picture of what each person is struggling with. We can then develop personalised programmes to help overcome many of the issues being faced.

However, if physical and other behavioural, natural therapies are sought as a solution, an official diagnosis isn’t required or even recommended at our centre. Our tests are completed specifically for our therapy programmes, so everything remains as private as each patient wishes it to be.

With symptoms often causing delays in a child’s development, many parents or teachers think children will ‘grow out’ of their DCD. Unfortunately, without treatment, this isn’t the case.

Children can learn to overcome certain difficulties. Essentially, they adapt but continue to find many tasks and requirements of daily life both physically and mentally taxing.

To treat Developmental Coordination Disorder, we believe it’s best to target the root cause – neuro-developmental delay. This can be caused by any number of suspected possibilities and comes in a number of forms, whether its dyslexia, DCD or many other more specified terms. While each difficulty is individual, they can be addressed using similar treatment, utilising combinations of neural stimulation, movements and neuro acoustic training.

If you think your child is displaying the symptoms of DCD, get in touch with us today to arrange a conversation with our expert team.

I enjoyed reading your information. I have a 13 mo. old boy who I strongly suspect has DCD. He does not crawl, pull up to stand, or stand and walk yet. He doesn’t even know how to go from a tummy to sitting position.

I am currently seeking treatment through a chiropractor who specializes in development delays in children. He initially checked reflexes and had continues to do adjustments and therapy with my child.

I am curious if you could direct me to any more information on DCD and explain further what your treatment methods would be.

Thank you for your message.
We could certainly help. While Chiropractic has great benefits, it is not enough to address the reflexes alone. Please contact us through our contact form or on 0207 223 4321 for further information on how we may be able to help.