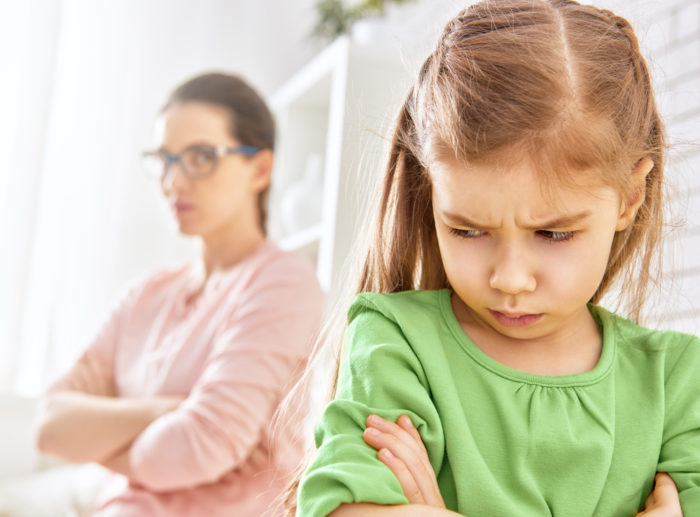 Lawnmower Parenting: Are You Mowing the Lawn for Your Child?

So-called ‘helicopter parenting’ has been widely accepted, acknowledged and documented. It’s the practice of hovering over your children and over-protecting their physical and mental well-being. The BBC has even provided a quick test to see if you’re guilty of it.

But there’s a new phenomenon being noted in the teaching industry, originating in the US and Canada – namely, lawnmower parenting. This post takes a closer look at the phenomenon, its effects and how to tell if you’re mowing the lawn for your child.

The youth of today are facing plenty of their own concerns and obstacles. Over-exposure to social media means people are constantly comparing themselves to other people’s filtered lifestyles, which can have an impact on mental health and even lead to depression. Not to mention the literal filtering of their appearance, with the recently publicised Snapchat dysmorphia.

At the same time, however, there is a repeating trend of students suffering from an inability of general execution – and an increase in the number and severity of mental illness cases in young adults at university.

Ex-Stanford dean of admissions, Julie Lythcott-Haims, composed a book highlighting the issue, after noting that “she began to worry that college ‘kids’ were somehow not quite formed fully as humans”.

In the 2015 book, “How to Raise an Adult: Break Free of the Overparenting Trap and Prepare Your Kid for Success“, she made the connection to a possible cause, noting that parents’ lives become jobs of monitoring ‘kids’ academic tasks and progress, schedule and supervise their activities, shuttle them everywhere and offer an outpouring of praise along the way…

“That college bumper sticker on the rear of our car can be as much about our own sense of accomplishment as our kids,” she explains.

In London, things aren’t typically the same intensity as the famed picket-fenced house in suburban America. But mental health issues aren’t uncommon either. Tragically, 7 students took their lives at the University of Bristol over the course of 18 months.

Naturally, we can acknowledge that no parenting style is likely to be bound from anything other than love and a true will for the child to succeed. What is possible, however, is that this very wish for the best has enabled a derailing of the very goal sought by the parents themselves…

Lawnmower parents are not just ever-present to guide, help and provide support and encouragement for their children to transverse every obstacle. They actually remove any possible obstacle before their child is given the chance to overcome it themselves – like a lawnmower removing grass from in front of you.

Despite coming from the very best of intentions, lawnmower parenting is highly inadvisable in most scenarios. With it comes a number of possible justifications:

While each may be true at the time, the message being conveyed to your child is one that all too often leads to dependency.

Shelter leads to an inability

Unless they’re under 8 years old and/or the issue at hand is one of an extreme adult nature or difficulty, it’s important to be careful of how much we shelter. Childhood and its ignorance should be cherished and enjoyed, yet too much shelter can lead to inability.

Yes, your child may even be under a lot of pressure. But modern life often presents itself that way. As a child, we have the fall back of our parents and the supportive, yet hopefully not overbearing, guidance through new and challenging obstacles.

If these obstacles are often simplified, or worse removed, what happens if one should arise without parental help and guidance? Your child will be in a far worse position to deal with it.

Modern lives are pressured and difficult to navigate. Many parents often feel that there quite simply isn’t enough time on a day to day basis. However, risking being late once or twice to overcome a physical issue or emotional hurdle will pay off dividends in the long run.

That said, it’s important not to use empty threats. They can lessen cohesion and diminish your child’s belief in your words, so it’s good to be mindful of what you may be saying.

Let’s say, for example, you are arriving at an organised event with your friends – perhaps one you have been very much looking forward to. It would be detrimental to you if you were to mention to your misbehaving child that you “will have to leave immediately if they do that one more time!”.

Why? Well, should they indeed decide to test the boundary (which is normal and, in some respects, healthy) then you would be placed with the conundrum of:

Mistakes are the best teachers

Overcoming adversity is an integral part of the development of self-confidence. To become a well-rounded individual, we are required to weather some storms. Or to use another platitude, ‘diamonds are formed under pressure’.

Mistakes are often the best teachers, as the lesson is far more visceral than something that is directed to us as a reason “why or why not”. Similarly, children, just as adults do, require autonomy. If the child’s innate ability to learn is neglected, parenting can often be far harder than it needs to be.

Full disclosure, I have no children. But I do work with them and their parents. As much as those parents, I am astounded by the volume of information out there on parenting – how-to guides, tips and tricks and endless to-do lists. That’s exactly why I align with the stance that most parents are doing great just by being there.

Interestingly, that may be exactly where the real value lies. Instead of focusing on every detail of the child, their development and their achievement, parents should instead seek to place importance on focus to be the best version of themselves.

How? It takes nothing more than a strong leadership example with a solid relationship and the right emotional balance at home. Having such a positive, strong role model to emulate could actually provide a solid foundation for a child’s development. Indeed, this is a core principle of Systemic and Family Therapy.

Now, here’s hoping that my mother reads this and shares my literary achievement with all her friends…